Sorry for the long pause since the last update! Considering how much I have to update you on I thought I would break this up into two posts… and by popular request I can then include more photos 😛

Got a better (ie earlier) start in the morning, and had a quick breakfast in a cafe before hitting the road. Less sun today, but still pleasant riding.

Stopped for lunch at San Esteban de Gormaz, sadly the tourist information was shut so no stamp for me 🙁 Continued to El Burgo de Osma which was gobsmacking to ride into, the cathedral and castle were so cool to see from a distance and the closer I got. I tried to get a stamp again and failed, shut tourist information. Grabbed food for the night and found some amazing pasta in the shape of bicycles! I haven’t bought any yet, can’t carry a kilo of pasta as well as the kilo of lentils I am living off at the moment!

Headed to the place I’d planned to wild camp. Once there I started to get really nervous about the spot I had chosen, as it turns out there was a house rather closer than I’d anticipated! I pitched the tent and cooked dinner which was a lentil and mushroom ‘stew’ with the butter granules mum had given me, which was very yummy.

I did some exercises to help my knees and warm up before climbing into the sleeping bag. And that is were it went down hill, I got really worked up about being found and what would happen if I was as I can’t exactly communicate at my best if something did happen. I was on the phone to Ian in tears and thankfully he was amazing, and while doing that I booked myself into a hotel for the next night because I can’t keep stressing myself out. I am going to have to relax about the money side of things and go with what makes me happy.

So with all of that I had a restless night thinking I kept hearing things and got up super early. I quickly packed up the tent and ate some snacks for fuel and got on the road.

I needed more water before I could have breakfast. I found a lovely spot on the outskirts of Quintanas de Gormaz with water and a made breakfast outside a church. It was really nice if a little cold.

There was more beautiful cycling and really feeling the remoteness of this bit of Spain, it was so lovely with some sections that were almost barren. I have been cutting some of the corners off the Camino del Cid route because of the distance and avoided some slow going on the less good surfaces.

I stopped in a tiny town and attracted the attention of some furry friends… I think they were from the same litter. I do miss Tia and cat cuddles. I may have fed them some scraps of cheese and bread. Which might have helped me keep their attention.

I was a little concerned as I hadn’t heard from the hotel at this point but I had no choice but to keep pushing on. It was all fine in the end. The proprietor was really friendly and the view was amazing from the restaurant. I chilled out for a bit and found what might be the start of nappy rash? Or maybe cycle short rash… eeek going to have to be more careful with the layers and letting things dry. I had dinner in the restaurant but there was a lounge with a microwave so I could make my own breakfast and save some pennies.

Decided on a shorter day today, body is starting to feel the distance. Slight detour to visit a dam to see the view. Booked into a more normal ‘hostel’ where I will be able to cook my own dinner and save the pennies.

I think is either a special hunting event or in general Saturdays are hunting days in this part of Spain because I have seen loads of groups of guys gathering and convoys of 4x4s. Also when I visited the dam a group of guys told me to not to go any further because of hunting. It was interesting. Anyways here are some of the photos from this ride and the dam.

The ride was quite simple and I got to Siguenza at about 1330 showered and chilled with a large cup of tea. There was a party going on downstairs but it was nice background noise. I caught up on some shows and chatted to my mum as well as updating my paper journal which had fallen behind to the blog. It is a hard balance to keep them both up to date!

I went exploring to get some ingredients for dinner and see some of the town. I also got another stamp for my Camino del Cid pass. The town was a fun mix of new, old and abandoned. Interestingly the castle seems to be in use here. I think as a really fancy hotel but I got a look in the court yard. I then cooked dinner and spent a little time chatting to some of the other guests.

The other reason for a slightly shorter day today was it made the distances right to go to a wildness hut for the next night. Which I hoped I would feel a little more comfortable staying at because it should be allowed… Or at least it would make a lot more sense why I was there.

But for that you will have to read the next instalment…

Wow that photo of the reservoir.. so beautiful!
Yay bicycle pasta! Are you having lentils for every lunch and dinner?
Sending all the loves xoxo

More views of the changing Italian countryside, and a day off exploring in Venice

The adventure continues… better cycling, but some unexpected challenges! 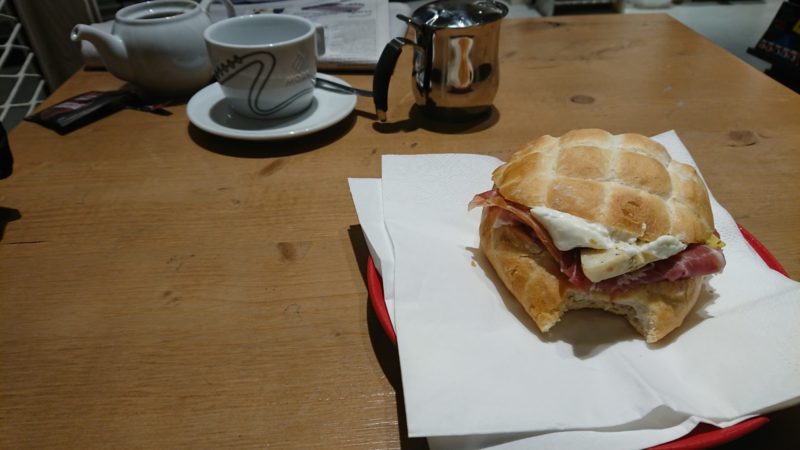 Day off in Parma

Down time avoiding the rain and keeping everyone updated on life… 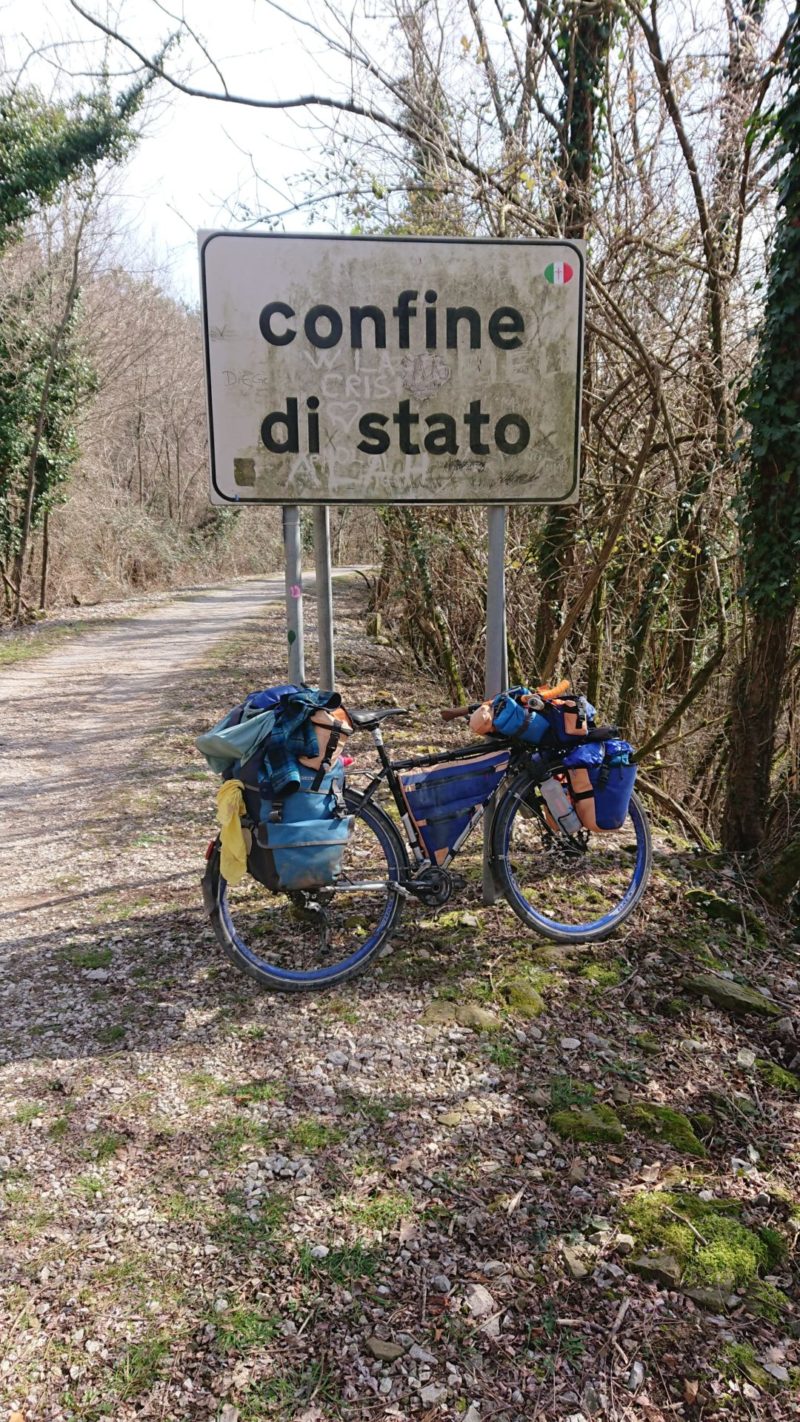 From Venice to Ljubljana, the capital of Slovenia — country number 5!